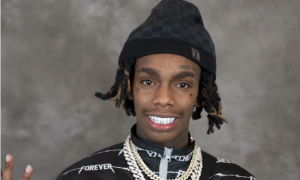 It’s been almost four years that jailed Florida rapper YNW Melly was charged in a double homicide where he was alleged to have killed two of his crew members, but according to his manager, Melly could be hitting the bricks as soon as March.

“Stop asking me if I’m a rapper now,” Track said on IG. “I’m everything but a hater get on y’all s*** 2022 all gas and Melly come home in two months y’all better tighten up.”

100Track’s announcement is parallel with Melly’s March trial date, which is long-awaited for the troubled YNW leader who has sat behind bars for the deaths of YNW Sakchaser and YNW Juvy since June 2018.

TheSource.com will update this story and follow YNW Melly’s trial throughout its duration.

The post YNW Melly’s Manager Says He Will Be Home in 2 Months appeared first on The Source.