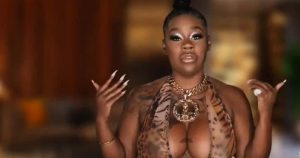 Fans of Sukihana had a scare following news that the rapper was involved in a three-car accident with her boyfriend, Bill. The news was brought to social media by her momager earlier this week.

“This is Mama.. Suki and Bill were in a 3 car wreck and rushed to the hospital via ambulance. I will update you guys as soon as I can,” followed by the bandaged heart emoji.

While fans were still worried about the status of Suki and Bill’s health, Suki came to Instagram with a post that would assure fans that she was okay. “Throat still gone work Pooh,” she captioned a photo of her and Bill, who appeared to be on crutches. Check out the post below.

The post Sukihana and Boyfriend Bill Recovering From Car Accident appeared first on The Source.