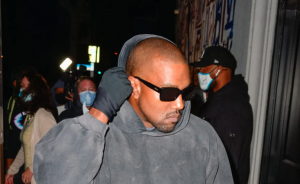 The LAPD is currently investigating a misdemeanor battery case involving music and fashion mogul Kanye West, in which it is alleged that ‘Ye knocked out a fan seeking an autograph early Thursday morning in L.A.

A video circulating on the internet from TMZ shows an obviously irate Kanye West yelling “Get away from me!” to a female who was appearing to try to calm down the Yeezy creator. Later in the video, a man is seen lying on the ground, virtually immobile, who was allegedly the victim of Kanye’s punches to the head.

The LAPD is currently investigating ‘Ye for misdemeanor battery, which does carry a jail term.