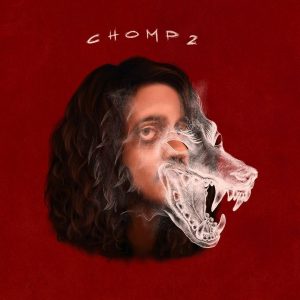 Accompanied with an all-star cast, Russ closes out 2021 with the release of the highly-anticipated sequel album, CHOMP 2, out now, via Russ My Way Inc.

MORE: Kehlani: “I Just Told Russ I Would Make An Album With Him…”

The second installment to 2020 original, which includes the Ab-Soul-featured hit “Who Wants What,” finds Russ evolving the series from a five-song EP to a high-profile full-length album with 14 new songs. For the sequel, he enlists his most features of both artists and producers yet with guest appearances by Ransom, Papoose, The Game, Westside Gunn, Styles P, Jadakiss, Big K.R.I.T., Snoop Dogg, Jay Electronica, Big Sean, Wale, Joey Badass, Conway The Machine, Ghostface Killah, Cyhi The Prynce, Lloyd Banks and Mozzy. The star-studded cast collaborates with a who’s who of legendary producers, including DJ Premier, Jake One, Mr. Porter, Hi-Tek, 9th Wonder, Harry Fraud, The Alchemist, Bink!, Boi-1da, Statik Selektah and Hit-Boy.

Prior to CHOMP 2, Russ fed fans an appetizer in the new black-and-white visual, titled “Utah Freestyle.” “Stay away from people who put money over everything,” Russ responds to a fan on Twitter who said they love the new video. Watch the new video below.

Announcing the new album’s arrival Tuesday morning (Dec. 8), he gave fans who purchased merch the opportunity to hear the new album before everyone else last week. The early listens were met with rave reviews. Peter Rosenberg tweets: “I’m very impressed with the A&R job Russ did on this project man… Westside Gunn floating on a 9th Wonder beat is something I wish I had thought of and pulled off… incredible.”

Upon the album’s release, Russ tweets to fans: “IT’S OUT!!!! I just wanna say I’m extremely grateful for everyone who decided to be apart of this project. It was a dream of mine to pull this off and I did…independently…just texting and DM’ing shooting shots on a whim and thankfully everyone was down and killed it. CHOMP 2”

MORE: Russ Announces He is Now An Independent Artist

CHOMP 2 is the first full-length release since Russ announced his departure from Columbia-Sony last year and rejoin the independent landscape. Since July, returning to an old formula of success, Russ has released new music on a weekly basis. In October, Russ and Kehlani teased a possible joint album in the works.

Watch the visual to “Utah Freestyle” above and stream all of CHOMP 2 below.