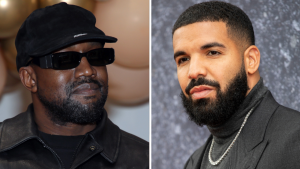 Aerial footage captured by a Los Angeles reporter has revealed that a massive stage appears to be under construction for Kanye West and Drake‘s ‘Free Larry Hoover’ benefit concert.

Over the weekend a video shared by CBS LA‘s John Schreiber seemingly reveals an ambitious stage being built for Thursday’s show. Set to be held at the Los Angeles Coliseum, high re-sale ticket prices shocked fans.

“Massive build out tonight for the Ye (formerly Kanye West) and Drake concert set for Dec. 9th at the LA Coliseum . Looks like a circular mound is being built with sand and concrete or stucco. At first, thought this was a monster truck rally setup.”

Drake is listed as Kanye’s special guest, thanks to J. Prince, who is largely responsible for helping to squash the Ye and Drake industry beef for the greater cause of the Free Larry Hoover movement. Kanye has been working with J. Prince and Larry Hoover Jr. for a few years now to get Hoover out of prison.

According to a recent press release, The “Free Larry Hoover” benefit concert is dedicated to raising awareness around prison and sentencing reform as well as supporting legal reform and community advocates such as Ex-Cons for Community and Social Change, Hustle 2.0 and Uptown People’s Law Center.