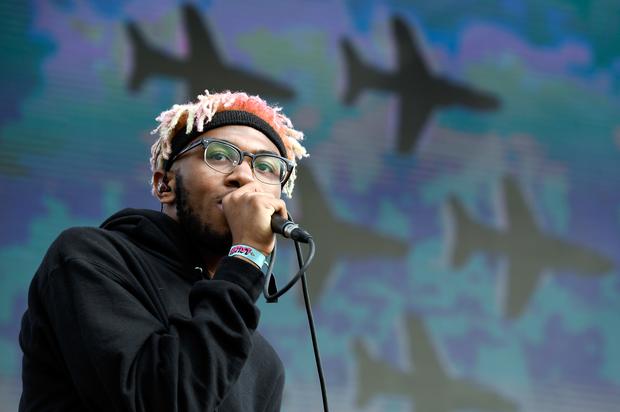 Brockhampton became one of the most exciting groups in hip-hop in the past few years. Unfortunately, as they inched closer towards breaking out into the mainstream in early 2018, they were also going through one of the most trying times as a group. They worked through the problems, resulting in the release of their #1 album, Iridescence and their documentary. They’ve been relatively quiet since then and many thought this could be a sign that the collective might be breaking up but Kevin Abstract has confirmed that’s not the case.

Kevin Abstract’s focus on his solo work sparked speculation that the leader of Brockhampton would be abandoning the group in order to pursue a solo career. Abstract confirmed that’s not the case, saying that there is new music from Brockhampton on the way but they’re taking more time with it in comparison to the Saturation series.

“BROCKHAMPTON IS NOT BREAKING UP THE NEW MUSIC SOUNDS GOOD AS HELL WE JUST NOT SPENDING 10 DAYS ON ALBUMS NO MORE,” he wrote on Twitter.

He explained his decision to work with producers outside of the Brockhampton camp isn’t a sign that the group is breaking up.

Abstract recently released ARIZONA Babywhich many believed was an EP. He explained that it’s a full-length album but he’ll be slowly releasing the project over time. Earlier today, he dropped off “Baby Boy.”

The Weeknd Demands “Transparency” From Grammys Following “After Hours” Snub