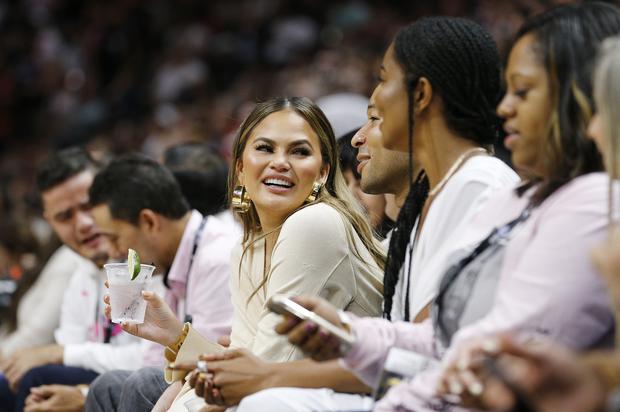 We’ve said it once and we’ll say it again, Chrissy Teigen is all too good at her clap backs when it comes to unnecessary trolls commenting on her social media happenings. Whether it’s someone asking for bikini pics instead of baby pics, someone having the audacity to comment on her son’s baby helmet or (our favorite) her clap back to Donald Trump – Chrissy just knows how to put haters in their place.

The latest example comes from Twitter after a user responded to a photo of Chrissy with her husband John Legend and US Speaker Nancy Pelosi. Of course, the comment wasn’t very nice since the user referred to the model as “fatty Teigen” and “chubby Teigen.”

The first remark saw the user referring to a time Chrissy had called out Ivanka Trump. “Fatty Tiegan at it again, attacking Ivanka Trump because she posts photos of her kids. Well, instead of Chubby Tiegan stuffing her face, she needs to realize Ivanka & her kids aren’t illegals. How many illegals have multi millionaire Chubby Tiegan & her husband sponsored? NONE!”

As for Chrissy’s clap back to the man, it was plain and simple: “I hate to say this but…you are not a small person?also I don’t care about my weight sooooo this does not hurt.” She added in another: “I can guarantee he is not a handsome man. Lol.”