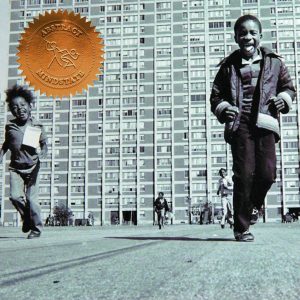 Kanye West’s YZY SND is officially off to the races, the first release comes from Abstract Mindstate – the Chicago rap duo from the late 1990s and early 2000s comprised of E.P Da Hellcat and Olskool Ice-Gre.

The two have reunited under the request of Kanye West and are set to release Dreams Still Inspire, an album that is fully produced by West. This will be the first album he has fully produced for another since Common’s 2005 effort Be.

Abstract Mindstate was originally formed in Mississippi as Olskool from the southside of Chicago and E.P. from the West Side met at Jackson State University, returning home to work alongside Common and Kanye and release their 2001 debut We Paid Let Us In!

In 2018, Kanye reached out to Olskool with the plan to bring the group back together for his YZY SND label. The group will also release a documentary that tells the story of the group titled WE PAID LET US IN! THE LEGEND OF ABSTRACT MINDSTATE.

You can hear the single and see the tracklist below.

The post Kanye West’s YZY SND to Launch with Reunion Album from Abstract Mindstate appeared first on The Source.