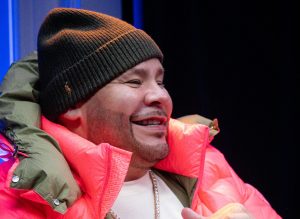 Biz Markie sadly passed away last week at the age of 57-years-old.

Many celebrities took to social media to show love to ‘The Clown Prince of Hip Hop’ including Fat Joe, who checked in with the late rapper weekly for a whole year according to Biz’s wife.

Tara Hall told TMZ that the Terror Squad head honcho was “always there” for the “Just A Friend” rapper ever since he was admitted in the hospital in June 2020 until his final days.

The report reads, “She tells us Joe was literally willing to open his own wallet to whatever Biz’s family needed during his hospital stay — one which was fairly isolated due to COVID-19 regulations that really only allowed Tara to be by her husband’s side, day in and day out,” the report continues. Fat Joe also has offered to cover memorial and funeral costs multiple times, but Hall tells TMZ she turned every offer down, but “appreciates the gesture.”

Fat Joe has been posting photos of fond memories between him and Biz Markie daily since his passing.