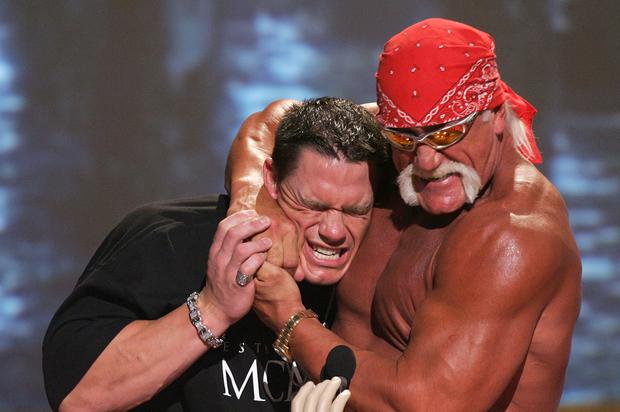 Sources who conferred with Variety are saying that John Cena is the latest big name addition to the forthcoming Suicide Squad sequel. Cena’s acquisition hasn’t been finalized, but by all accounts, both sides are interested in putting pen to paper. Margot Robbie and Idris Elba have already been enlisted by Warner Bros. to begin shooting once the cast and production elements are jointly put in place.

It’s implied that Margot Robbie will be reprising her role as Harley Quinn in the sequel, whereas Idris Elba will be granted the luxury of brand new character based around his likeness (not as a replacement for Will Smith’s character). Otherwise, Jai Courtney returns as Captain Boomerang. Beyond that, the unfinished casting call is subject to who’s available, and at what cost.

As reported back in March, James Gunn is tackling the objective of following up Suicide Squad’s moderate reputation by rebooting the major plotlines. Gunn’s job will be to assuage the DC faithful’s inquietude over the first installment’s damaged rep. Gunn arrives on the scene with a positive rep within this genre of productivity. Suicide Squad II is tentatively slated to hit theaters on August 6th, 2021. Regardless of how the diehard comic fans felt about the first offering, it still amassed an eye-popping $746.8 million at the box office worldwide. How would you feel about Cena joining the lingering staff, comment below?

Playboi Carti Gets “They Thought I Was Gay” Trending On Twitter

Sony CEO Confirms PS5s Are No Longer Available: “Absolutely Everything Is Sold”