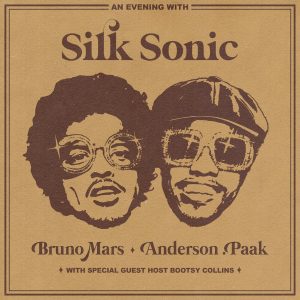 A collaborative album completely out of left field is on the way as two of the world’s most talented musicians in Bruno Mars and Anderson .Paak has joined forces.

The album will be released under the group name Silk Sonic and will feature Bootsy Collins.

The two stars hit social media to announce the release.

“We locked in and made an album. The band’s called Silk Sonic. First song drops next Friday 3/5,” said Mars.

You can see the announcement and cover below.