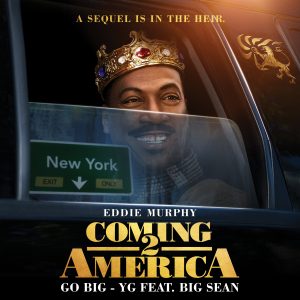 “Big Bank” collaborators Big Sean and YG have returned to the booth for the new single “Go Big,” which is on the soundtrack of the Coming 2 America film releasing next Friday.

Luxury lines the new single, a delivery of a lifestyle from Big Sean perfect for Zamunda.

The new release is the second from the soundtrack following “I’m a King” from Megan Thee Stallion and Bobby Sessions.

The post Big Sean and YG Link for “Go Big” from ‘Coming 2 America’ Soundtrack appeared first on The Source.