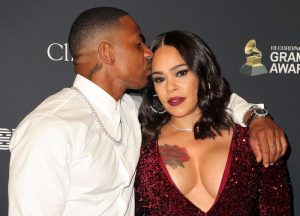 The divorce proceedings of Stevie J and Faith Evans are underway and Stevie wants spousal support.

According to the Florida News Times, Evans is fighting Stevie J’s request in addition to attempting to retain “all property acquired before marriage, by gifts, inheritance, or ingenuity, and after the date of separation.”

The two have been separated since May 29 according to Evans’s legal team.

A few weeks back, a video of the two hit Instagram showing them arguing over alleged cheating by Evans.

In a turn of events, Stevie J returned to the social media platform and apologized.

“Happy holidays everybody,” Stevie said. “I’d like to make this video for my wife. A video was released last week and it showed me talking crazy to my wife, publicly humiliating my wife.

“I’d like to apologize and say sorry that I would allow someone to come in my home and steal a computer and be able to do that to us.”

Before the apology, the star couple posted a video to Evans Instagram account of Stevie J doing flips in the sun.

“Get us free, bruh!” Evans captioned the post. The message could be a joke or a laugh at reports.

Earlier this month, according to TMZ, Stevie J has filed for divorce from Evans. There were no details about a prenuptial agreement being in place.

The two were married in Las Vegas back in July 2018 in an intimate ceremony in their hotel room.

Back in 2020, Faith Evans was arrested earlier this week after allegedly attacking Stevie J.

Law enforcement stated Faith was arrested around 1 am after cops were called to her home in Los Angeles, TMZ reports. She and Stevie engaged in an article that turned violent.