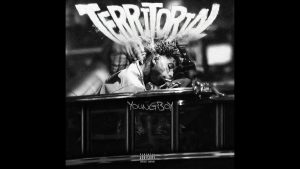 NBA YoungBoy is in trouble with the law but continues to drop off new music, giving fans a new single “Territorial.”

The single comes without any plans for additional music, seemingly being a loosie designed to hold fans over until the future.

Last month, NBA Youngboy was arrested in LA after fleeing from a vehicle that had been pulled over with a gun inside. Following the arrest which was caught on camera, NBA YoungBoy, has been ordered to remain in custody until his trial date.

You can hear his new release below.