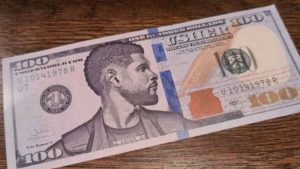 The “Usher Bucks” are leading to big bucks as Usher has added new shows to his Las Vegas residency.

“By popular demand, I’ve added 6 NEW SHOWS in August for my Vegas residency at @caesarspalace Colosseum! Tickets go on sale Thursday, April 29 @10am PT, but if you text me at (404) 737-1821 I’ll hit you with an early access code to the fan presale tomorrow. For all dates and tickets head to the link in my bio,” Usher wrote on Instagram.

Usher, like many artists, are looking forward to getting back to the stage and the Usher Bucks have helped in promotion as designed.

“The idea behind Usher Bucks was really as a way of promoting the residency,” Usher began. “And since then, there has been more conversations, thus proving roads lead to Las Vegas. Stay tuned. We’ve been working on the merchandise for the night and that was the start of it.”