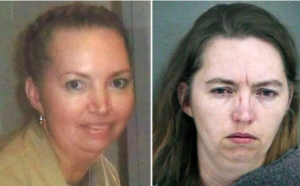 According to a confirmed report from The New York Post, the Supreme Court has ruled in favor of the execution of Lisa Montgomery, the killer who strangled Bobbie Jo Stinnett in Missouri in 2004 and removed her unborn baby from her womb. She was sentenced to death in 2007 and was executed by lethal injection last night, becoming the first woman executed by the federal government in over six decades.

Even though her attorneys argued that Montgomery suffered from acute mental illness, the Supreme Court’s midnight ruling lifted the 8th U.S. Circuit Court of Appeals ruling that had temporarily given Montgomery a stay of execution.

Montgomery was put to death shortly after midnight at U.S.P. Terre Haute in Indiana last night. She was 52 years old.