Season 2 Premiere of ‘VERZUZ’ to Air T.I. vs Jeezy Battle 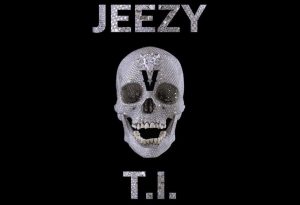 VERZUZ announced on Saturday that its season two premiere in November will feature T.I. vs Jeezy.

This comes after Busta called T.I. out on Fat Joe’s IG live saying he would “bust his [T.I.] ass” in a VERZUZ battle. T.I. respectfully declined Busta’s request. Later, Jeezy would send sub’s at T.I. basically calling him out for a VERZUZ battle. T.I. commented under the video, and the rest is history.

The episode is set to air on Thursday at November 19th at 5PM PT/8PM ET.

The post Season 2 Premiere of ‘VERZUZ’ to Air T.I. vs Jeezy Battle appeared first on The Source.

Oregon Nurse Brags About Not Wearing Masks In TikTok Post

Drake Shares Moment with His Son Adonis on Instagram