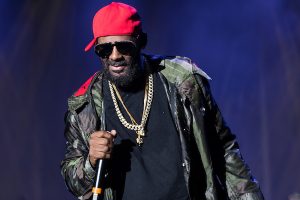 R. Kelly is hoping to receive a new trial in Chicago. He would also be open to acquittal in a new request from the disgraced singer and his legal team filed last Tuesday (Nov. 15).

R. Kelly was convicted in September on child pornography and sex abuse-related charges. His lead attorney, Jennifer Bonjean, filed the motion that is believed to be denied by the judge. The arguments will be heard in the 7th Circuit U.S. Court of Appeals.

According to the Chicago Tribune, Bonjean petitioned Judge Harry Leinenweber for acquittal on all counts due to several technical factors, including the videotape from the 2008 crime was not able to be proved to be for the use of child pornography, while also stating there is no proof the tape crossed state lines.

Bonjean also asked for a new trial due to misstatements by the first witness, Dr. Darrel Turner, who provided testimony on the grooming of underage victims.