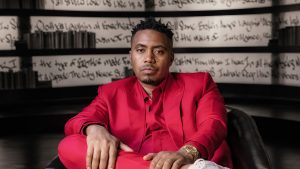 The Best Rap Album category is stacked for the 2022 GRAMMYs and Nas is looking to repeat. The Queensbridge rapper is nominated for his King’s Disease II album, which aligned the legend again with Hit-Boy.

Also receiving nominations is Drake and his Certified Lover Boy album that had a stranglehold on the Billboard charts and rap fans’ ears for the last couple of months.

Ye, formerly known as Kanye West, will also compete for the Best Rap Album slot with his uber-hyped album Donda. Donda also received a nod in the album of the year category.

J.Cole’s early 2021 album, The Off-Season, also received a nomination, one of four for the North Carolina rapper.

Also, Tyler, the Creator, is nominated for his Call Me If You Get Lost album, which is critically acclaimed and Tyler is currently performing at every major awards show and festival.

You can catch all of the nominees here. Who do you think should win best rap album?