Machine Gun Kelly to Fans: “wtf is wrong with the grammys” 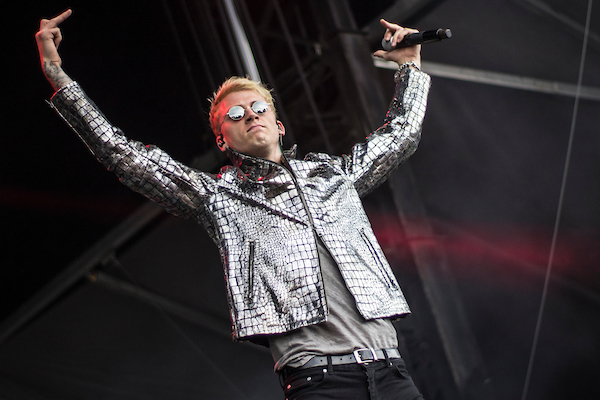 Every year this is an artist or two that is upset about the Grammy nominations. This year, the artist is Machine Gun Kelly. He hit Twitter and blasted off a single message, “wtf is wrong with the grammys.”

Kelly wasn’t nominated for his award, despite his latest album, Tickets to my Downfall, releasing within in the Grammy cycle. The album was his first No. 1, receiving 126,000 units in the first week.

Maybe award shows are not MGK’s thing. An explosive moment on the VMAs red carpet back in September led to security separating Conor McGregor and Machine Gun Kelly.

According to TMZ, Conor wanted a picture with MGK, and Kelly denied it. His security pushed Conor, who is recovering from knee surgery, and led him to spill his drink. McGregor would throw the rest of his drink at Kelly, and the respective crews would step in.

The post Machine Gun Kelly to Fans: “wtf is wrong with the grammys” appeared first on The Source.