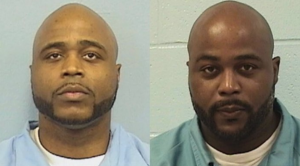 According to a report from The New York Post, a man has been freed from a Chicago jail after being incarcerated for two decades for a crime committed by his twin brother.

Kevin Dugar has been behind bars since a 2003 shooting of a rival gang member that his identical twin, Karl Smith, has confessed to committing back in 2016. Smith is already serving a 99-year sentence for a home invasion that resulted in a child getting shot in the head.

Dugar has been released from prison, but he still has not been completely exonerated and his case is still under review. Until the case is completely solved, Kevin Dugar will be living at a residential transitional facility.

The post Man Who Spent 20 Years in Prison Released After Twin Confesses to Crime appeared first on The Source.