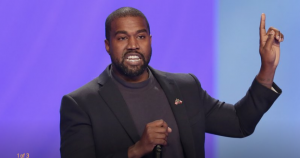 Kanye West continued his Twitter rant today after a tumultuous social media weekend, demanding an apology from J. Cole, Drake, and Kendrick and even comparing himself to famed slavery abolitionist Harriet Ross Tubman.

In today’s continuum, Ye insists that white media corporations set agendas to take down Black male celebrities such as Michael Jackson and Bill Cosby. The cultural icon also suggested that a Black-owned media company would and could never take down a white celebrity in the same fashion.

Yeezy continued on in this morning’s rant about artists owning their masters, adding his daughter will “do nothing but put emojis up for the rest of her life” because he owns his masters and his children will inherit them.