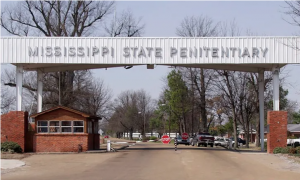 According to recent reports, Team Roc’s attorneys have dropped their lawsuit against the Mississippi State Penitentiary, but they vow to revisit their concerns if the conditions go downhill again.

The Parchman Farm has undergone several renovations since Team Roc filed the lawsuit, but the correctional facility is still open even after several fatal stabbings and unsanitary living conditions at the apex of the COVID-19 pandemic.

The lawsuit was dismissed without prejudice, which means that the lawsuit can be refiled at any time. Team Roc recently visited the MSP with a film crew, and the footage is scheduled to be returned to the Justice Department for further review.