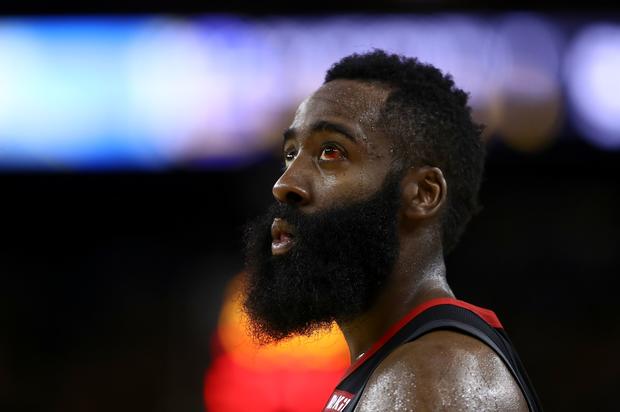 James Harden has managed to ignore all of the noise surrounding the Houston Rockets this offseason and has been living his life every step of the way. Harden is in England right now and made a trip to Emirates Stadium where English Premier League team Arsenal plays. The stadium boasts a capacity of over 60,000 people which is a lot more people than any NBA player is used to playing in front of. With the stadium empty, Harden got to check out the pitch and even tried to show off some soccer skills.

In the two videos below, Harden attempts to hand the ball with his feet although his attempts to do so are dubious at best. It’s clear he’s better at dribbling a ball with his hands and that his feet need some serious work. From there, Harden tried to be a goalie where he hilariously waived his arms around during a penalty kick. His strategy actually worked out for him as his opponent missed the net entirely. If Harden has any future in soccer, it would have to be as a keeper.

As of right now though, Harden should probably stick to basketball. With the Western Conference wide open this season, who knows, maybe he can even become a champion.