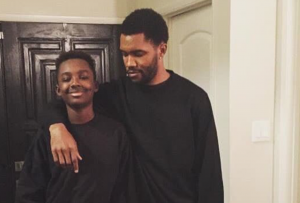 ABC News reports that the car struck a tree and the collision tore the car in half then eventually engulfed in flames around 1:30 am in Thousand Oaks, California.

Breaux and the other passenger was pronounced dead by the fire department.

The investigation is still ongoing, but the car left the road.

Our heart and prayers go to Frank Ocean and his family.