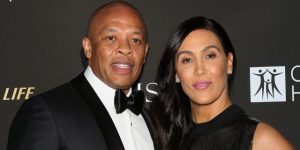 According to The Blast, both parties were on hand for the hearing, which outlined how much would be spent on temporary spousal support. The final number was $293,306 to his wife, due every first of the month.

“[Dre] is ordered to pay to the [Nicole] spousal support in the sum of $293,306.00 per month, payable on the first of each month, commencing August 1, 2021,” the order reads. That number equates to just over $3.5 million annually before any additional expenses.

The payments are scheduled to run “until the party receiving support remarries or enters into a new domestic partnership, death of either party.” Dr. Dre is also responsible for supporting Nicole’s health insurance that must be similar to that she had during their marriage. Dre must also continue to pay for the Malibu and Pacific Palisades homes, in which Nicole resides.

The post Dr. Dre Ordered to Pay Nicole Young $300K a Month in Spousal Support appeared first on The Source.