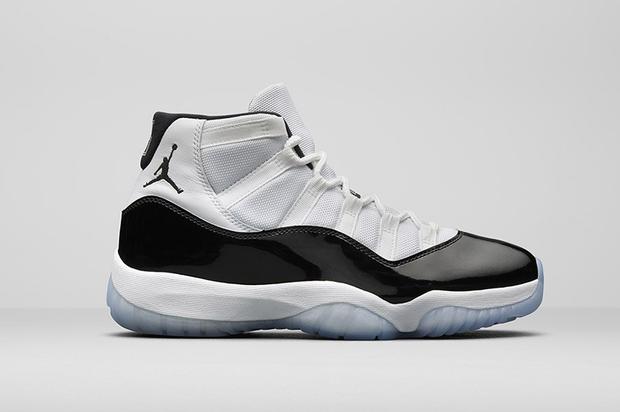 The “Concord” Air Jordan 11 will be back up for grabs today, March 19, via Finish Line starting at 10am ET.

The iconic sneaker returned to retailers back in December and there were plenty to go around, but that doesn’t mean Finish Line’s stock will last long once the link goes live.

The all-time classic sneaker made its debut during the 1995-96 NBA season and has been retrod multiple times since, most recently in 2011. A low top version of the “Concord” Air Jordan 11 also released in 2014.

Chrissy Teigen Shares Message About Pregnancy Loss: ‘We are shocked and in the kind of deep pain you only hear about’