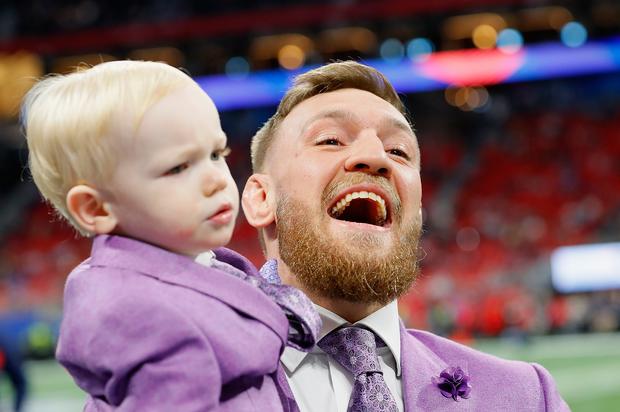 There has been plenty of talk over who Conor McGregor’s next opponent will be. The Irish UFC star last fought against Khabib Nurmagomedov back in October and ended up losing the fight. It’s been rumored the McGregor’s next opponent would be Donald “Cowboy” Cerrone, who has expressed frustration over Conor’s refusal to sign a fight contract. According to Cerrone, McGregor doesn’t want to be part of a co-main event and would rather not share the spotlight. In a new video captured by Mike Pendleton of bjpenn.com, McGregor told a crowd of people that he would do the co-main event but only if the UFC gives him shares in the company.

“Me sliding into the co-main event it’s boosting [the UFC’s] brand over fighter rhetoric that they have. And, there’s no problem with that,” Conor said. If they want me to push that and I have no problem pushing that, give me my rightful shares in the UFC company. That’s all I ask. You can put me on the first fight of ESPN+, no problem … let’s see how it goes … but I’m still prepared ready to fight.”

This isn’t the first time Conor has expressed interest in owning a piece of the UFC pie. Mark Wahlberg, who owns a minority stake in the UFC, offered McGregor some shares a while back, although he ended up rescinding his offer.

Pendleton also captured another clip in which McGregor speaks about Khabib and how good of an opponent he is. He also explains that there has to be a rematch eventually.