What Happened To August Alsina? 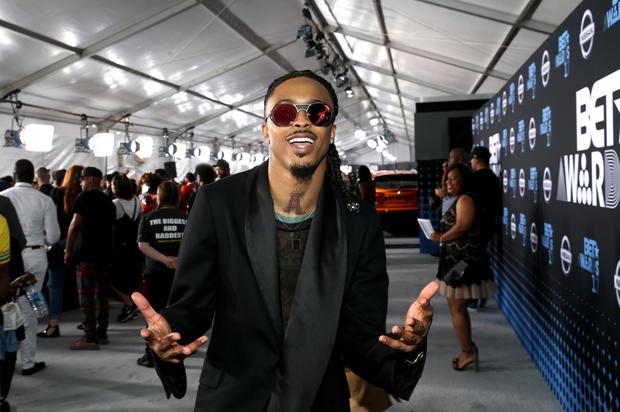 While it’s no secret that some of hip-hop’s hottest stars have been born with a silver spoon in their mouth, August Alsina’s rise to the top of the Billboard charts was far from straightforward. Coming up in the suburbs of New Orleans, Alsina’s unstructured childhood and early exposure to gang life, drug abuse, and addiction left its mark on the rapper’s somber, gritty lyricism. Relocating to Houston after both his biological father and stepfather became addicted to crack, the “Benediction” rapper has never been shy about using his early experiences as inspiration for his tracks. “Of all my childhood memories, I don’t have any good ones,” says Alsina of his formative years. “How I came up is deeply rooted into my music because I come from shit. I come from nothing.”

While he was still in his teens, Alsina grew his first fanbase by uploading videos of himself singing covers to YouTube in his distinctive R&B/hip-hop fusion style– a feat that was soon undercut by getting kicked out of his house at age 16. In the aftermath of losing his one connection to his growing followers, Alsina resorted to selling drugs to make ends meet. However, in the wake of his brother’s shooting death in 2010, Alsina rededicated himself to his art and turned his full attention to fully breaking in to the music industry. “If that didn’t happen, I wouldn’t be here today,” says Alsina of his brother’s untimely and tragic death. “I’d probably be dead. If it wasn’t somebody killing me, it’d probably be me killing myself.”

Catapulting off of the success of his growing online following, Alsina relocated to Atlanta and signed to the prestigious Def Jam Recordings label in 2011. After dropping his first mixtape, The Product in April 2012, Alsina achieved mainstream success in 2013 with his breakout track “I Luv This Shit” which triumphed at the top of Billboard‘s R&B/Hip-Hop Mainstream Airplay chart for two weeks.

Just one year later in 2014, the R&B singer nabbed the No. 2 spot on the Billboard 200 with debut album Testimony while also claiming the best new artist title at the BET Awards.

After beefing up his resume with one professional success after another, a series of personal blows dimmed Alsina’s shine and the hitmaker has since slowly faded from public consciousness. If you’re wondering what happened to the “Get Ya Money” rapper, check out what Alsina has been up to following the 2015 release of second studio album This Thing Called Life below.

Following the nasty spill, Alsina suffered multiple seizures and was transported directly to the Intensive Care Unit where he fell into a three-day coma. Reportedly, the cause of Alsina’s sudden collapse was a near-lethal combination of both exhaustion and dehydration.

“This is a bit graphic but i wanted to share this w/ every follower of mine. I woke up out of a 3 day coma…” wrote Alsina in an Instagram post dedicated to clueing his followers in on his condition. “What I’m tryna say is cherish the ones in life who cherish you & take good care of yourself. Your life can be gone in a split second. I’m recovering well and thank you for all of your prayers & concerns.”

On the back of his unfortunate fall and subsequent coma in 2014, Alsina leveled with his fans in 2015 about his battle with a degenerative eye disease that is only worsening with time. “It was a very humbling experience,” says the “Wait” rapper of the diagnosis. You take that for granted, waking up and being able to see.” Taking to social media, Alsina explained the extent of the condition that was unfortunately well beyond his control.

“So I have this eye disease.. Blind in my left, and losing vision in my right,” captioned Alsina alongside a picture of himself receiving treatment. “In order to prevent my eyesight from deteriorating i had to do this surgery. This shit is beyond painful & Life be throwin’ a nigxa curve balls but what I’ve gained from it all is priceless… A lot of things that are so natural to us in life (like waking up and being able to see 👀) we can take it for granted. Thank God the OG for allowing me to see.. The good the bad the ugly, I’m just glad to see👀.”

Thankfully, Alsina is here to remind us time and again that while these battles may get him down, they will not take him out. “It sounds like a sob story, but it should actually be inspirational,” he says of his struggles thus far. “We all battling different things. Me? I’m just able to channel that through my music.”

Two years later in 2017, Alsina revealed the extent of his longstanding health struggles to his close friend Jada Pinkett Smith.

“I have a liver disease where my autoimmune system is fighting against itself. Reality is I’m sick all the time. I’d really like to talk about it and I’m not looking for anybody’s sympathy,” says Alsina in the above video clip. “Don’t treat me like I’m a f—ing cancer patient, because I’m not.”

Death of His Sister

Tragically, Alsina’s sister lost her battle with cancer in December 2018. Rising to meet his sister’s dying request, Alsina put his own health struggles aside to claim guardianship of his three nieces. “We lost such a beautiful soul on Christmas Night To the battle with cancer,” wrote Alsina in an Instagram post dedicated to honoring his sister’s memory. “I am Utterly devastated & Deeply shattered! Not only for myself, but for my 3 little nieces, whom are now robbed of BOTH parents. First they killed Mel, Now Cancer has stolen you. What is life? Why is life? Why is THIS life? I’m calling on God for the answers. I don’t question God but THIS I’m not in agreement with.”

A few months after her passing, Alsina surprisingly dropped his first project in three years titled Forever and a Day, which is also the first project he released on his own label Shake the World / Human Re Sources.

The fact that Alsina was able to create new music while juggling his own declining health and his new role as a father is nothing short of remarkable.

During a summer 2018 appearance on Jada Pinkett Smith’s Red Table Talk show, August Alsina leveled with his fans on the real reason behind his three-year break from the music industry. In an emotionally charged reveal, Alsina explained that after his onstage accident in 2014 he was prescribed Percocet pills in order to manage his ongoing pain. Soon, Alsina battled a full-blown opioid addiction despite the fact that for years, he didn’t consider himself to be dependent on the substance.

Thankfully, it was Pinkett Smith’s concern regarding longtime friend Alsina’s health and mental state that encouraged the singer to finally get clean. “That was really a reality check for me,” says Alsina. “I was like, ‘Wow, if someone else can love you that much that it hurts them, why doesn’t it bother you that you’re actually hurting yourself?'”

After fans slipped in Alsina’s Instagram comment section to remark that the singer gained a few pounds on his road to recovery, the “No Love” artist offered a quick response, brushing off their criticisms and assuring his followers that he’s (now) healthy and happy.

While Alsina spent the lion’s share of 2018 dealing with his autoimmune disease and overcoming his addiction to Percocet pills, he still managed to release two new tracks, “Wouldn’t Leave” and “Like You Love Me.” A breath of fresh air after repeatedly claiming that Def Jam Records (Alsina’s only major label home of his career) was keeping his new music shelved, Alsina followed up in February 2019 with the eight-track EP titled Forever And A Day.

Currently on tour, Alsina’s most recent music release was a remix of Kehlani’s single “Footsteps” (titled “Nunya”) along with a visual to celebrate the five year anniversary of his debut album, Testimony. Time flies.

Now we’ve come to the pressing matter at hand: will August Alsina be able to make a proper career comeback? What do you think?