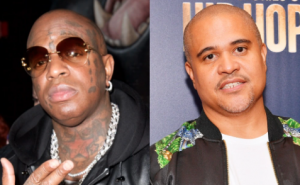 According to the legendary Murder Inc. Records’ label owner Irv Gotti, Cash Money Records was the greatest that ever did it.

On the most recent episode of Earn Your Leisure podcast, Gotti discussed the enormous financial value of the catalogs of some of Hip Hop’s premiere labels who made multi-million dollar deals following their independent origins.

Gotti, who sold his 50 percent of his ownership of Murder Inc.’s masters to Iconoclast in a $300 million deal that also included film and TV projects in early 2022, anticipating that Cash Money’s multi-platinum discography could be worth as much as $1 billion.

“Birdman the best that ever did it?” co-host Rashad Bilal asked, to which Irv answered, “Yeah. As far as labels go, there’s no disputing Cash Money is the greatest label ever.”

“Think about it. [Raps Juvenile’s ‘Ha’] — that shit was out over, what, 25 years ago? Them n-ggas been hot all this time. They got Drake, they got Nicki. They’re the best label ever. No one’s even close to Cash Money, I don’t think.”

The post [WATCH] Irv Gotti: Cash Money Records Is The Greatest Hip Hop Label Ever appeared first on The Source.