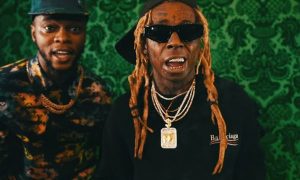 Pap’s hit single, “Thought I Was Gonna Stop” first appeared on his 9-track December mixtape, released at the end of 2021.

The New York City rapper known for heavy bars stays consistent on this hard-hitting track, produced by Timbaland next to rap’s most elite emcees including his wife Remy Ma.

Outside of dropping fire visuals Papoose and Remy are set to appear on VH1’s Lineage to Legacy, two-part special to celebrate Black history and African ancestry. Catch the premiere on VH1 Monday, February 7, 2022 at 9PM ET/PT.

Watch “Thought I Was Gonna Stop” (Remix) video below.