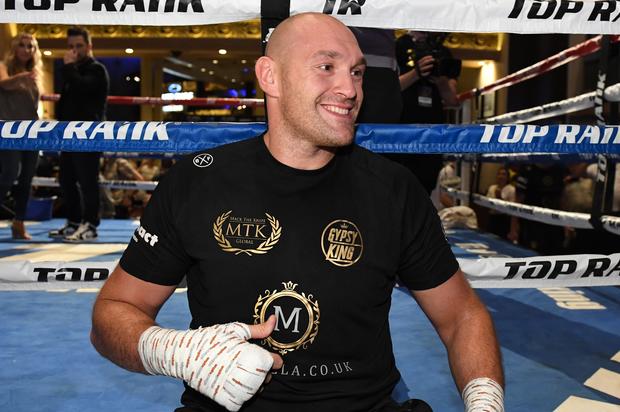 Anthony Joshua faced the most embarrassing moment of his career a couple of weekends ago when he lost at the hands of Andy Ruiz Jr who was considered a 25-1 underdog. It was a truly shocking upset that has left boxing fans skeptical of how good Joshua really is. The bout completely rocked the heavyweight division as a match between Joshua and Deontay Wilder or Tyson Fury seems more and more unlikely by the day.

Fury was one of the heavyweight fighters who was deadset on a match with Joshua but after his historic loss, it seems as though Fury is much more interested in a rematch with Wilder. Fury is preparing for his fight against Tom Schwartz this weekend and had some pretty harsh words concerning Joshua while speaking to the BBC.

“When a man doesn’t want to be there once, he will always do it and it’s hard to come back from,” Fury explained. “It’s been done many different times by many different fighters. He did it that night and I don’t think he will come back from it. Finished. Ask any top trainer who has been around the sport a lifetime. When he got to the ring I saw he didn’t want to be there.”

Joshua will be able to avenge his loss with a rematch against Ruiz in November or December.

Bun B Shares Message to Tory Lanez About Album Release