Today in Hip-Hop History: Jeru The Damaja’s ‘The Wrath Of The Math’ Turns 25 Years Old! 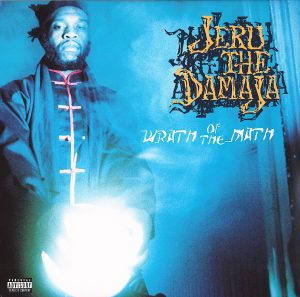 On this date a quarter-century ago, Gangstarr Foundation representative Jeru The Damaja of the Dirty Rotten Scoundrels dropped his sophomore LP Wrath Of The Math on the Payday/Polygram imprint.

Serving as a continuation from his debut album The Sun Rises In The East, Jeru’s second album contained more of the social consciousness in his lyrical content as on The Sun album, complete with part two to the “Can’t Stop The Prophet” saga in his fight against “Mr. Ignorance.” Produced exclusively by behind the boards legend DJ Premier, Wrath Of The Math was the perfect combination of intelligence, lyrical dexterity, and head-bangin’ production.

Some of the key tracks that propelled the album include “One Day”, where Jeru hypothetically went to Puff Daddy and Suge Knight in an attempt to save Hip-Hop, “The Bullshit”, an imaginary ode to studio gangsters, “Physical Stamina”, which features the album’s only guest appearance by Afu-Ra and the project’s trademark track “Ya Playin’ Yaself”.

Salute to Jeru, Premier, DRS, the Gangstarr Foundation, and the whole East New York for this timeless piece of Hip Hop history!

The post Today in Hip-Hop History: Jeru The Damaja’s ‘The Wrath Of The Math’ Turns 25 Years Old! appeared first on The Source.