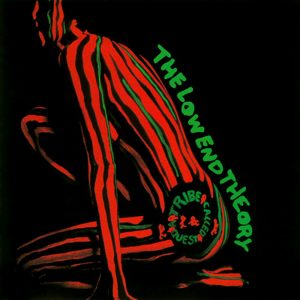 On this date in 1991, Queens emcees Q-Tip, and the late Phife Dawg, along with their DJ Ali Shaheed Muhammad, formally known as A Tribe Called Quest, released the group’s second full-length studio album Low End Theory.

The sophomore jinx did not come into play with this project from Tribe, with both Tip and Phife’s rhyme quality better than anything heard from them before. With the Abstract quarterbacking most of the production on the project, with the co-production assistance from Mr. Muhammad and Skeff Amslem, the result is a creative masterpiece. It must also be mentioned that the real-life issues were affecting the group. Phife announced he had diabetes, to firing the World Famous DJ Red Alert as the group’s manager proved that the Tribe was ready for the next level of their career.

As for the album’s highlights, Low End Theory is one of the genre’s conceptual albums that cannot be understood unless listened to in its entirety. From the album’s beginning on “Excursions,” which would cause the average Tribe fan to anticipate the sound of a People’s Instinctive Travels Part 2 until you hear the bass line come in for “Buggin’ Out,” which was possibly the best lyrical showing by Phife on all of ATCQ’s albums. While songs like “Rap Promoter” and “Show Business” talk about the uncertainty of the Hip-Hop industry, tracks like “The Infamous Date Rape” and “Everything Is Fair” talk about social issues that plague urban communities.

Supreme salute to the Tribe, rest in peace to Phife and the Jive Records squad for helping to bring the people such an essential piece of Hip-Hop history 31 years ago.