TikTok Star Strangled To Death By Boyfriend Over Video Game 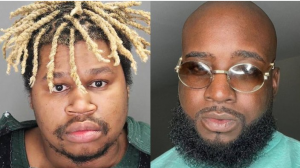 According to several confirmed news reports, a well-known TikTok personality was choked to death by his domestic partner, which began over an argument about a video game.

The TikTok influencer, Rory Teasley, was killed by Docquen Jovo Watkins following a physical altercation because of a dispute over “Overwatch”, the video game that sparked the fatal disagreement. When Watkins realized that Teasley was unresponsive, he called 911, but Teasley never regained consciousness and was pronounced dead at a nearby hospital. He was 26 years old.

Watkins was charged with second-degree murder and is being held without bond. He will go to court for his preliminary hearing on January 18.

Teasley accumulated over 200K followers and millions of views under the TikTok handle @too2pump4tv.

The post TikTok Star Strangled To Death By Boyfriend Over Video Game appeared first on The Source.