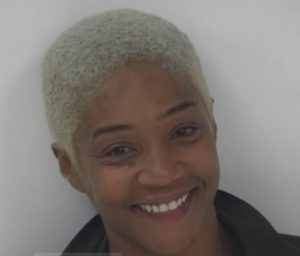 The officers were responding to a call of a driver asleep at the wheel, upon arriving, officers saw Haddish pulling into the neighborhood in a car matching the description. She was stopped and arrested for DUI and improper stopping on a roadway. The arresting officers believed Haddish smoked marijuana before driving.

TMZ also highlighted the troubles of Haddish lately, including the passing of her grandmother, her dog, and close friend Bob Saget.

The post Tiffany Haddish Arrested for DUI After Falling Asleep at the Wheel appeared first on The Source.