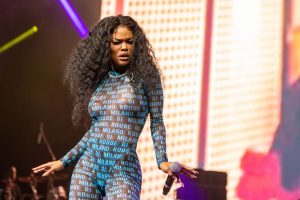 Teyana Taylor’s The Album has hit No. 1 on the Billboard R&B/Hip-Hop Albums chart.

The release is the second No. 1 debut of her career and hit No. 8 on the Billboard 200 Albums chart, marking another high for the singer.

The celebration for Taylor continues after a win at the 2020 BET Awards for in the Best Director category. Making the time period even more special, Taylor and her husband Iman Shumpert have announced they are expecting their second child.

You can hear the stellar album below.

The post Teyana Taylor’s ‘The Album’ Takes No. 1 Slot on Billboard R&B/Hip-Hop Albums Chart appeared first on The Source.