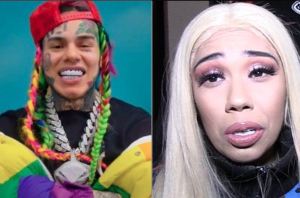 Her manager says that during the pandemic, Molina went through a severe bout of depression and decided to get the procedure done to lift her spirits. Molina, who has been diagnosed with Multiple Sclerosis, had an acute reaction during the procedure, which left her in pain to the point where she can’t lay flat.

Doctors have given Molina nausea medicine and had to remove a pain pump that was placed under her skin going directly to the area of pain. According to the report, she will be in recover in the Colombia facility until mid-May.