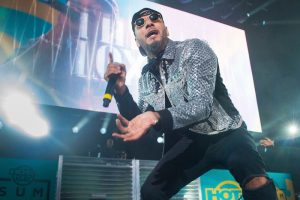 Swizz Beatz recently revealed that Lil Wayne didn’t like the changes he made to their 2018 hit song “Uproar,” which was on Tha Carter VI.

Swizz Beatz made the revelation on a recent episode of Mike Tyson’s Hotboxin’ podcast.

“This was the last record,” he said. “I kind of messed with his vocals. He didn’t like that and then I talked to Mack. I said, ‘This gotta be more than just a freestyle because he rapped all the way through.’ There wasn’t no break points.”

Swizz then explains how he took Wayne’s lines and made them into the hook for the song. Weezy initially didn’t like it. However, he eventually gave in, added the track to his album, and released it as an official single.

Despite Wayne not initially liking the change, “Uproar” ended up peaking at #7 on the Billboard Hot 100. The song even went on to go double platinum, meaning it sold 2 million copies.

You can watch the full episode below.

The post Swizz Beatz Reveals Lil Wayne Didn’t Like Changes He Made To ‘Uproar’ Track appeared first on The Source.