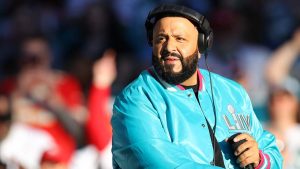 DJ Khaled’s star-studded new album is here and Lenny S, who served as the A&R for the project, said it was “for the culture.”

The 14-track project features iconic collaborations like “Sorry Not Sorry” or some unexpected ones like H.E.R. and the Migos.

Like he would say, Khaled’s got another one. Listen to DJ Khaled’s new album, Khaled Khaled below:

The most highly-anticipated track was the collaboration was with Hov and Nas.

The New York rappers take turns reflecting on their humble beginnings and their unprecedented runs after DJ Khaled‘s signature introduction.

Watch the video below, and let us know what you think about the album in its entirety in the comments: