Smokey Robinson States He Had Near-Fatal Battle with COVID-19 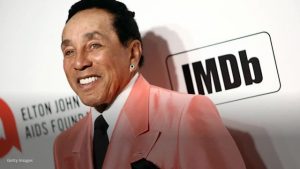 Smokey Robinson reveals that COVID-19 was a near-fatal encounter for him. Speaking with the Daily Mail, Robinson revealed just how severe the virus was when he contracted it back in December.

According to Robinson, COVID-19 resulted in a hospital visit and at the time the legendary singer believed “it was over.”

“They had to rush me to the hospital,” Robinson stated. “I got it severely and I was hospitalized for eleven days, and four or five of those I do not even remember. It really was touch and go and a terribly debilitating ailment.” Then, there were worries about the future of his career.”

During his illness, the 81-year-old Robinson stated he lost his voice and thought he would never sing again. You can read Robinson’s full remarks to The Daily Mail here.

The post Smokey Robinson States He Had Near-Fatal Battle with COVID-19 appeared first on The Source.