Rihanna Is Working With the Neptunes for Her New Album

Rihanna is finally assuring her fans that 2020 will be that year she’ll be releasing new music. The Fenty CEO recently revealed that she is back in the studio and is working with The Neptunes.

On Thursday night, Rihanna shared an image of a soundboard in her Instagram stories that said The Neptunes and wrote “gang. back in da STU.”

Fans of Ri almost gave up their hopes of expecting new music as it was evident the Anti singer was occupied with her multi-billion dollar fashion and beauty empire, Fenty Beauty, Fenty, and Savage x Fenty.

In a recent interview with The Cut, she touched base on her coming album by saying she will be spending Valentine’s Day in the studio.

“I’m going to be in the studio,” she said. “I’m so excited actually. I can’t say who I’m working with, but it’s somebody I’ve been wanting to work with him for a long time.”

Later on in the interview, she unfolded and said that she will be working with Pharrell.

Is Rihanna possibly making another rap record? The last time Rihanna and Pharrell joined forces was in 2017 for N.E.R.D.’s “Lemon” where the pop star dropped some fiery bars.

However, the last talk about the direction of Rihanna’s new album was two years ago in speculation to be a Reggae infused work. In a 2018 profile with Vogue, it was reported the Barbados born icon was seeking to create a reggae album and even desired to work with legendary Jamaican producer Supa Dups.

Rihanna’s return to the studio, not mentions in interviews or social media posts, but an actual visual is a more promising sign that the Navy queen is on the verge of manifesting some new tunes. Now the real question is, with all the revelations, exactly what genre will Rihanna’s next album be?

The post Rihanna Is Working With the Neptunes for Her New Album appeared first on The Source. 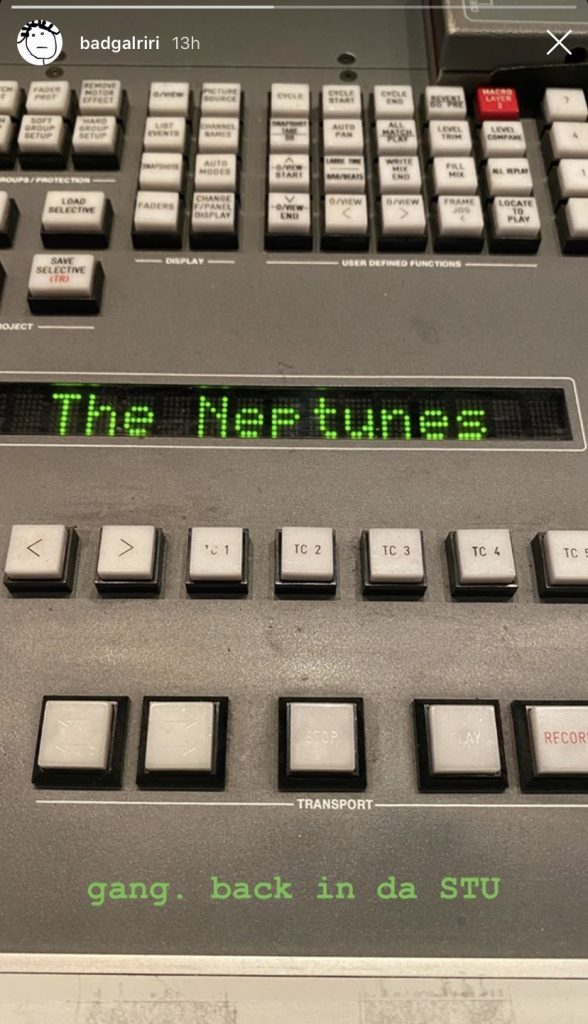