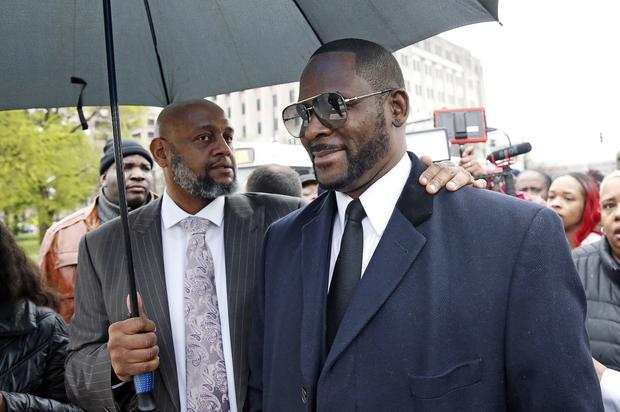 R. Kelly is hoping he can persuade one of the top criminal defense lawyers in the country to join his legal team. The singer’s attorney, Raed Shalabi, recently released a statement in which declared that Kelly was feeling optimistic, and believed that he would be facing a fair trial. But just for extra precaution, he is hoping to hire the guy that successfully got Michael Jackson acquitted, for the possibility of being guided through his criminal case.

Sources close to Kelly tell The Blast, the “Trapped in the Closet” singer made it clear he wants attorney Thomas Mesereau to join his criminal defense team. Mesereau had reportedly been involved in a prolonged trial out of Houston, and had therefore been unable to lend his services, but that he did, in fact, connect with Kelly on a FaceTime call within the last month, with the attorney telling Kelly he would be interested in coming aboard.

Mesereau was the lead attorney on Michael Jackson’s 2005 criminal trial in Santa Barbara County, so it’s safe to say that he is no stranger to handling high-profile cases. MJ had been indicted with several crimes, which included 4 counts of molesting a minor, 4 counts of intoxicating a minor to molest him, 1 count of attempted child molestation, 1 count of conspiring to hold the boy and his family captive, and conspiring to commit extortion and child abduction. The attorney managed to put up a powerful defense, though, and after just 32 hours and 7 days of deliberation, the jury found Jackson not guilty on all counts.

Kelly, who has already been charged with 10 counts of sexual abuse in Chicago, is faced with the possibility of two federal indictments as officials wrap up their investigation, including hearing testimony from multiple witnesses associated with the singer.

Meek Mill Reacts to the Killing of Pop Smoke