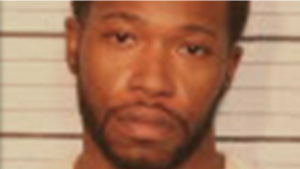 Ever since the initial reports started to emerge about the suspects in the Young Dolph murder, 23-year-old Justin Johnson has been the primary suspect in the deadly shooting, but this week, two more people have been arrested and new information has surfaced about the second suspect arrested.

32-year-old Cornelius Smith, the second suspect, has been in custody at least two days prior to the capture of Johnson and Shundale Barnett, who was arrested on Tuesday in Terre Haute, Indiana by U.S. Marshals. Smith was arrested in Southaven, Mississippi on an auto-theft charge, which involved the white Mercedes that was used as the getaway car in Young Dolph’s murder.

Smith has been charged with first-degree murder, possession of a firearm, employment of a firearm in the commission of a dangerous felony, and theft of property over $10,000. He’s also been charged with the attempted murder of Young Dolph’s brother, who was present at the time of the fatal shooting. Smith is currently being held in custody with no bond.