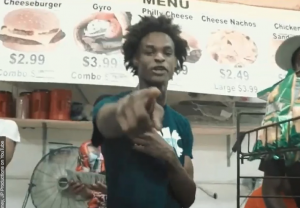 According to a report from SayCheeseTV, comedian Derrion “DMuney” Childs was killed in Memphis after he allegedly was dissing Young Dolph after his murder last week.

According to the report, DMuney wrote on Facebook, “MANE CUHH IF YEEN FROM MEMPHIS OR IF YEEN THE POLICE JUST QUIT TRYNA SOLVE YOUNG DOLPH MURDER THESE FOLKS DONE CAME & LOCKED MY GMA UP.” On a another post, DMuney reacted to Dolph’s murder, saying, “I love Memphis cuh we so gangsta.”

No other motive was mentioned and there are no suspects in the shooting. TheSource.com will update this story as more details develop.