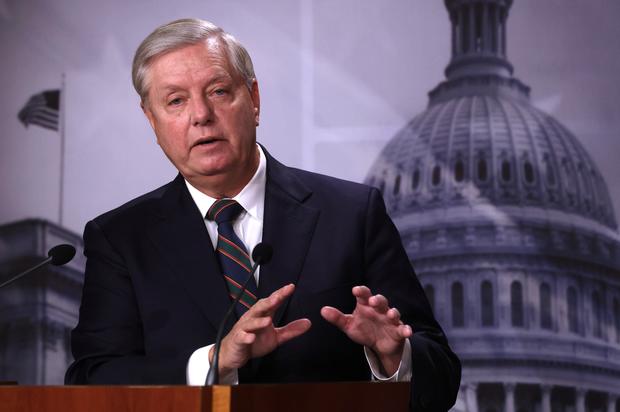 Sen. Lindsey Graham has penned an open letter to the new Senate Majority Leader, Chuck Schumer, urging him not to move forward with the second impeachment of President Donald Trump. Graham described the impeachment as a “gratuitous, meaningless effort.”

Graham further explains in the letter:

But now, in your first act as majority leader, rather than begin the national healing that the country so desperately yearns for, you seek vengeance and political retaliation instead. While the vice president and Senate Republicans rejected unconstitutional actions, you seek to force upon the Senate, what would itself be but one more unconstitutional action in this disgraceful saga— the impeachment trial of a former president.

Trump’s second impeachment was put forth in the House of Representatives following the violent riot at the U.S. Capitol Building on January 6th. Members of the House decided that the President played a role in the “incitement of an insurrection” after egging on the crowd.

Instead of placing blame on Trump for his role in provoking the crowd, Graham has attempted to shift the narrative to Nancy Pelosi. “To see people come and take over the Capitol – the House and the Senate – beat officers, defile the seat of government. How in the hell could that happen? Where was Nancy Pelosi? It’s her job to provide Capitol security,​” he said on Fox News, Sunday.

The Senate will reach a decision on impeachment later this week.