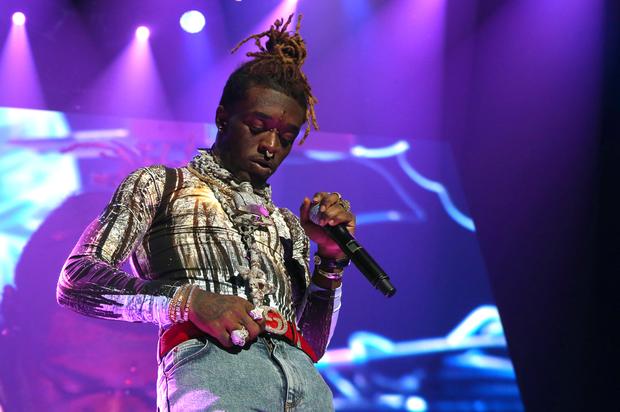 It’s unsure if we’ll ever end up getting Lil Uzi Vert’s sophomore album. For over a year at this point, the rapper’s continuously expressed his frustrations with his record label, DJ Drama and Don Cannon’s Generation Now, claiming that they’ve been holding him back from releasing Eternal ATake. Ultimately, this frustration caused Uzi to announce his retirement but it looks like he’s back in the booth now with a bit of help from Roc Nation.

Lil Uzi Vert is back in the studio after DJ Drama and Don Cannon gave him the green light to release his highly anticipated album, Eternal Atake. The rapper took to Instagram to share a short clip of himself back in the booth. Keeping up the “Free Uzi” movement, the rapper wrote, “Back in the studio,” adding, “Thank you @rocnation.”

It’s unsure what this means in terms of Uzi’s contractual obligations but it’s a promising sign that new music is on the way.

Prior to getting back in the studio, Uzi responded to DJ Drama announcing that he could release the project whenever he wants. In a slew of posts on his Instagram Story, the rapper threw shade at Drama, saying, “If you want your album 2 drop Number One Rule don’t hang with the boss girlfriend.”

Hopefully, with Uzi back in the studio, the rapper drops Eternal Atake ASAP.