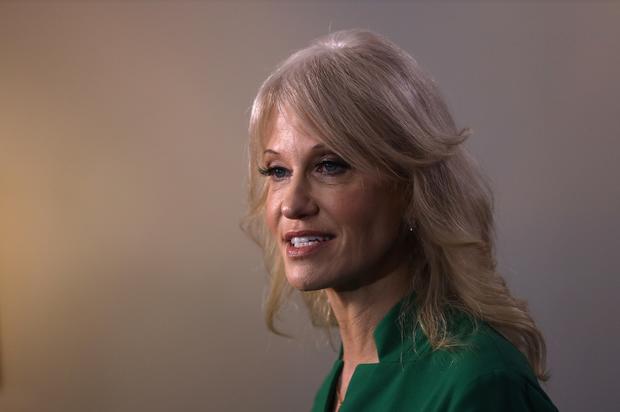 A shocking reveal was reportedly made on one of Kellyanne Conway’s social media pages and now, the public is calling for the former aide of Donald Trump to be arrested. According to social media users, Kellyanne shared a nude photo of her 16-year-old daughter, Claudia Conway. The picture was reportedly almost immediately deleted, but the damage had already been done. People flooded Claudia’s private messages and comments alerting her that the photo had been shared, and soon, the teen posted a video stating that her mother “deserves to go to jail.”

“Apparently, that’s real and I guess happened,” said the teen. “The picture’s from months ago and I’m assuming that when my mom took my phone, anytime she’s taken it, she takes it all the time, she took a picture of that so that was on her phone and I guess she accidentally posted it or somebody hacked her, but nobody would ever have any photo like that ever.”

“So, Kellyanne, you’re going to f*cking jail,” Claudia continued. “I’m shaking. I don’t know what to do. Nobody would ever have that photo. Ever. It was on my phone. I don’t think I’ve ever sent it to anyone. So, I’m assuming that my mom took a picture of it to use against me one day and then somebody hacked her or something because there’s no physical, possible way that anybody would have that photo of me.”

Claudia continued to express her disbelief and told anyone who may come across it to report it because it is considered to be child pornography. “My mom deserves to go to jail. That’s unreal.” Watch the clip of Claudia Conway below along with responses from the public.