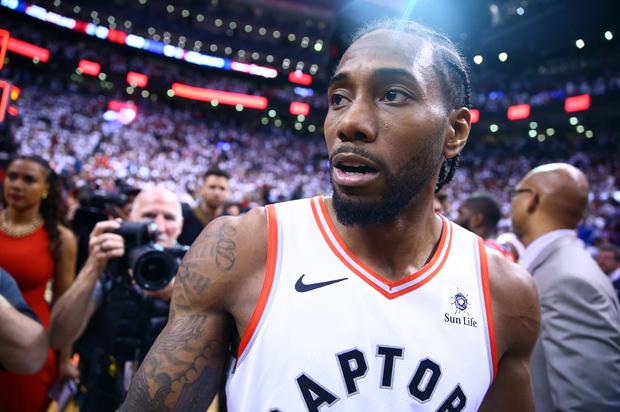 In a moment that will be remembered forever, Kawhi Leonard scored a game-winning buzzer-beater in Game 7 to launch the Toronto Raptors into the Eastern Conference Finals. The Philadelphia 76ers gave them a spirited run for their money with the game tied up at 90-90 with just four seconds to go. Of course, Leonard’s clutch play was just too much for the Sixers to handle as he made the shot despite it bouncing off the rim four times before finally falling in. It’s a shot that will forever be immortalized by Raptors fans who will see their team take on the Milwaukee Bucks in the next round.

Even Kawhi himself couldn’t believe the shot had gone in. He kneeled down behind the baseline in anticipation as he watched the ball bounce a few times before finally going in. NBA fans on Twitter were going crazy over the shot and were excited about the meme potential surrounding the moment. There were some great camera angles of the shot and fans were quick to make their very own edits to make the moment that much more special.

In addition to the incredible shot, Leonard scored 41 of his team’s 92 points, showing just how much he had to carry this Raptors squad.

COVID-19 Vaccine Could Be Available As Early As Dec. 11, Health Official Says