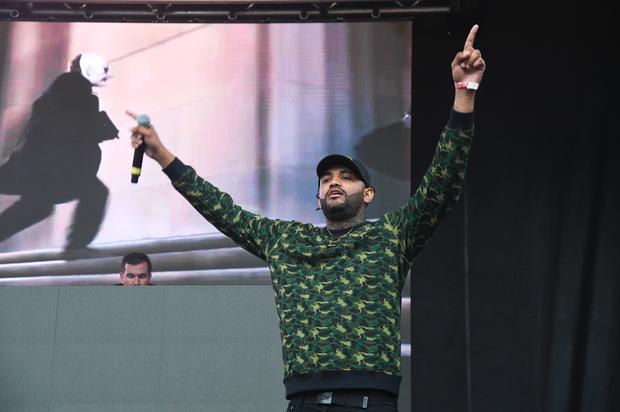 We could have predicted this from a mile away. In recent weeks, Tomi Lahren has once again targeted the hip-hop community, calling out Joyner Lucas for his portrayal of her in the video for “Devil’s Work.” For once, she actually kind of had a reason to get involved since, after all, Joyner was offering her up in a trade to get back Nipsey Hussle, XXXTentacion and Tupac Shakur. The controversial news correspondent spoke about how the video is “truly disgusting” and later slid into the rapper’s private messages to request a sit-down chat, either on-camera or off-screen. Joyner Lucas gave his decision some time but at the end of the day, he’s not interested in conversing with Lahren, which he revealed today.

Joyner issued his formal response today after hinting that he would not be speaking with Tomi Lahren last week. “I created ‘I’m Not Racist’ so we can have conversations that need to be had and get a level of understanding of each other,” wrote the Massachusetts-bred emcee. “But… speaking to Tomi wouldn’t be productive because she’s already talked to countless rappers about their views and feelings and all she did was shit on them. I’m setting myself up for failure if I have that conversation. She isn’t rational or understanding on any level. Her aim is to make us look crazy on national television. I’m not doing it, sorry not sorry.”

This decision is probably for the better since, as he stated, Tomi’s mission is usually to make her rapper guests look stupid in front of a national audience.